The capital of Portugal is a fascinating metropolis. At every corner the visitor can feel the splendor of bygone eras, when the proud seafaring nation explored and colonized distant lands. This historical position in Europe helped many Portuguese to gain wealth and the nation to a diverse cultural heritage. Originating from Phoenician and Moorish roots, Lisbon experienced a significant boom at the beginning of the 16th century, especially as a trading hub.

Located in southwest Europe, it was above all the favorable location of the port, directly in front of the Atlantic coast of the Iberian Peninsula, which was of great importance for the fortunes of the city. Today Lisbon is also a young, modern capital, full of attractiveness and vibrant urban lifestyle.

In the following we present you the most exciting tours, the most beautiful attractions and the best sights in Lisbon. 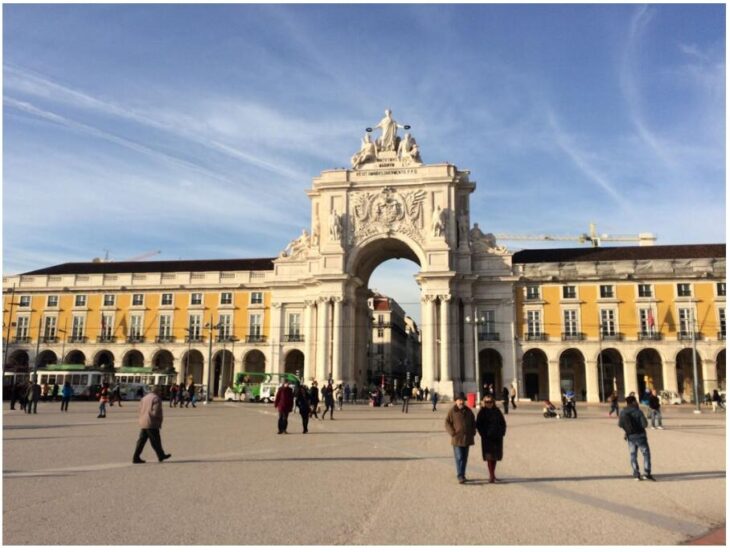 One of the most famous landmarks of Lisbon is located directly at the mouth of the Tagus River and was built in 1515. The Torre de Belém, a 35 meter high tower, which today houses a viewing platform and one of the few buildings in the Portuguese capital that survived the great earthquake of 1755. In its original meaning, the building served as a lighthouse and a splendid welcome monument for the maritime and trading powers.

On the opposite bank there was once a twin tower, which was completely destroyed in the great quake. Numerously decorated with pictures, battlements, balconies and lookouts according to Moorish specifications, the Torre is one of the few remaining original buildings from the time of the Manueline era in the early 16th century and has been a UNESCO World Heritage Site since 1983.

The most important building in Portuguese architectural history is also located in the Belém district. The monastery complex of the Mosteiro dos Jerónimos, for a long time the home of the Roman Catholic religious order of the Hieronymites, who gave the magnificent building its name. Financed by the wealth of the trading income, Manuel the First placed the order for masterful construction in 1501, the completion of which took a hundred years and to which structural extensions were added in the subsequent period.

The imposing building complex with church, choir, cloister courtyard and park makes use of the classic Portuguese variant of the late Gothic as well as numerous influences from the Renaissance. The approximately 300-meter-long structure is also a UNESCO World Heritage Site and is the final resting place of many Portuguese kings and well-known personalities. It is one of the most important sights in Lisbon.

A popular excursion destination and another tourist attraction in Lisbon is the fortress Castelo de São Jorge. Originally built as a hilltop castle by the Moors, it later served the kings as a place of retreat and residence for centuries. On the high plateau of the complex, which extends over a large area, there are several towers and guard posts next to a castle ruin.

The place is an archaeological excavation site with finds from Phoenician, Moorish and Roman times. In one of the fortress integrated tower, the Torro de Tombo, the kings’ collection of documents was kept in earlier times. From the plateau of the Castelo de São Jorge, the visitor has a fantastic view over the whole of Lisbon and the bay.

The impressive round building of the new Lisbon bullring was completed in 1892 and was based on a template from the Spanish capital Madrid. The imposing red stone building with four large tower portals and numerous windows now offers space for around 10,000 spectators. After a thorough renovation and numerous restructuring measures at the beginning of the new millennium, the arena is now more than just the venue for the traditional bullfight.

In front of the main portal area is the entrance to an underground shopping center and the subway. The conventional arena was given a closed roof structure and now also serves as a multifunctional destination for concerts, exhibitions and other events.

The site of the former world exhibition, EXPO 1998, with the Park of Nations testifies to a modern, innovative Lisbon. The Ozeanium is also located here, directly on the banks of the Tagus. The largest indoor aquarium in Europe was already the main attraction at the EXPO and still attracts thousands of visitors today.

A regionally subdivided, fascinating underwater world with a wide variety of inhabitants and a new additional annex with changing themed exhibitions convey a lot of interesting knowledge. The surrounding, former exhibition area is now a young new district with plenty of space for cultural and sporting engagement. 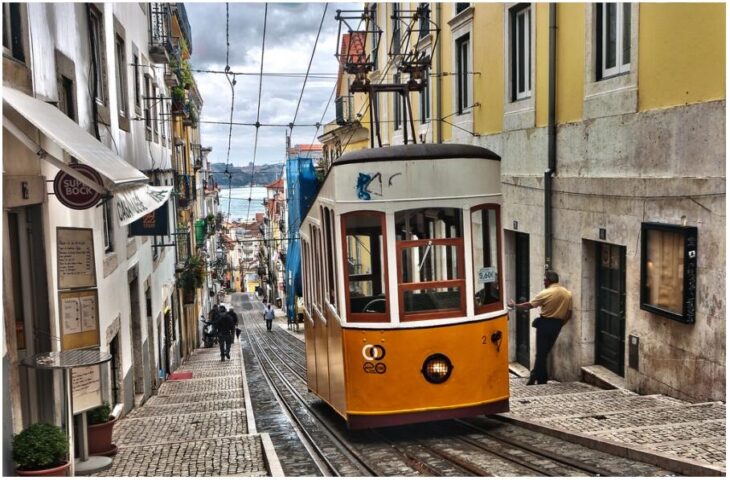 Opposite the Cais do Sodré train station, on Straße des 24 Juli, is the traditional market hall, Mercado da Ribeira. Anyone who wants to experience the originality, the attitude to life and a culinary journey through the treasures of Portuguese cuisine is in very good hands here. The historic hall with a domed roof and iron elements has been a trading center for regional treasures such as fish, vegetables, ham and sheep’s cheese since 1882.

After a renovation and renovation at the turn of the millennium, the market hall is now a popular meeting place for young and old as well as an important sight for tourists. Numerous stands, restaurants and bars offer traditional food and drinks, but also fresh, young cuisine. A land of plenty for the palate, which on one or the other weekend also serves as a handicraft market or event location.

For some years now, a hidden urban fragment has been created on a large former industrial site with factories for fabrics and yarns, which is now returning its developed culture and scenery to the heart of the metropolis. The resurrection of the formerly dreary working-class district of Alcântara is no longer an insider tip, but a detour is definitely worthwhile.

The alternative, creative island now attracts with hundreds of shops. Designer fashion shops, restaurants, bars, market stalls and galleries enliven the scenery. Cabaret and numerous events dominate the former factory halls. A colorful hustle and bustle that is also reflected on the walls of the building and that has experienced its own dynamic of creativity. A newly conceived place in the middle of the big city. By everyone, for everyone.

8. Alfama and the Arabic roots

Alfama is the oldest district in the Portuguese capital. It is winding between the Castelo de São Jorge and the banks of the Tagus. The network of small houses and the labyrinth of narrow streets look like from another time. Under the aegis of the Moors, the quarter formed the core of Lisbon before expanding further west over the years.

In addition to exploring the Arab roots, a trip on tram 28 and a visit to one of the numerous fado restaurants are worthwhile. The district is also home to the city’s oldest church, the Catedral Sé Patriarcal, construction of which began in 1147.

9. Heartbeat of the Baixa and Praça do Comércio

The heart of Lisbon beats in the center, the Baixa Pombalina. The inner city area, rebuilt after the great earthquake of 1755, is the tourist heart of Lisbon. The many medieval streets and tiled facades are lined with large squares and magnificent buildings.

One of these important places is the Praça do Comércio, where the impressive archway, the Arco da Rua Augusta, represents the entrance area into the city center. An ensemble of historical buildings, squares and statues connects the multifaceted elements to a monumental overall picture. Numerous museums, churches, promenades and cultural institutions complete this presentation.

A visit to the zoo is almost always worthwhile, especially for families with children. The Jardim Zoológico de Lisboa opened its doors in 1884 and was the first of its kind on the entire Iberian Peninsula. With the lake and the newly designed Dolphin Bay in the 1950s, as well as a diversity of over three hundred species, the zoo has many attractive elements.

A cable car, numerous events, a children’s paradise and extra programs enrich the offer and make the zoological garden one of the most popular attractions in Lisbon. The extensive area is located between the University of Lisbon and the Benfica football stadium. 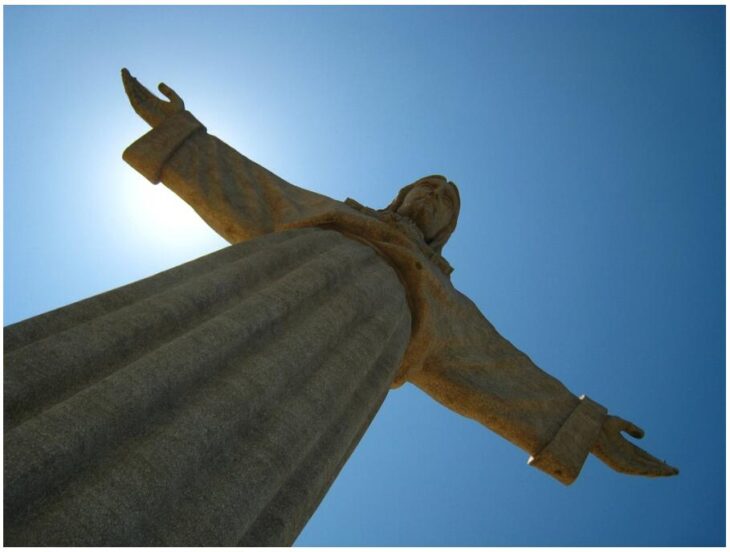